Flynn It to Win It
MENUMENU

Flynn It to Win It

Morgan Wenske was #FlynnItToWinIt on September 28, 2019 when she married Preston Flynn. Morgan and bridesmaids alike spent the wedding morning at the Wenske residence—their white pajamas and chic neutral interiors created a dreamy ambience to begin wedding day. (The reception later that day would contrast this ambience in a very exciting way.) As the bridal party slowly prepared for the day, Morgan was gifted a custom stitched handkerchief as her ‘something blue‘ that read “We love you, Mom and Dad” to carry on her orchid bouquet. The bride and groom also read notes from each other, but chose to not see one another before the magical moment heading down the alter. When the chapel doors at the Episcopal Church of the Good Shepherd in Austin opened, the bride and groom both became overjoyed at the much anticipated ceremony ahead. After the traditional ‘I do’, guests were invited to join the new Mr. and Mrs. Flynn at the Austin Country Club for a memorable celebration.

With the help of Barbara Shorts of Verve Event Planning, the entire ballroom and outdoor space of the country club became transformed into a unique reflection of the couple. The geometric patterns and contemporary appeal created a lively space for the merriment ahead! The bride and groom each created custom spaces within the club to represent their separated styles and interests. Morgan’s room held the cake and a pink prosecco tower which matched the blush tones of the room’s upholstery. The groom’s room became the ‘Deep Eddy Cabaret’ which is an iconic bar on Lake Austin.

The newlyweds and all their friends and family twisted the night away underneath a canopy of white balloons. Before the grand exit, Morgan slipped into a custom party dress accented with pearls as a festive farewell. As they rode away, sparklers flew along the driveway for an epic send off. 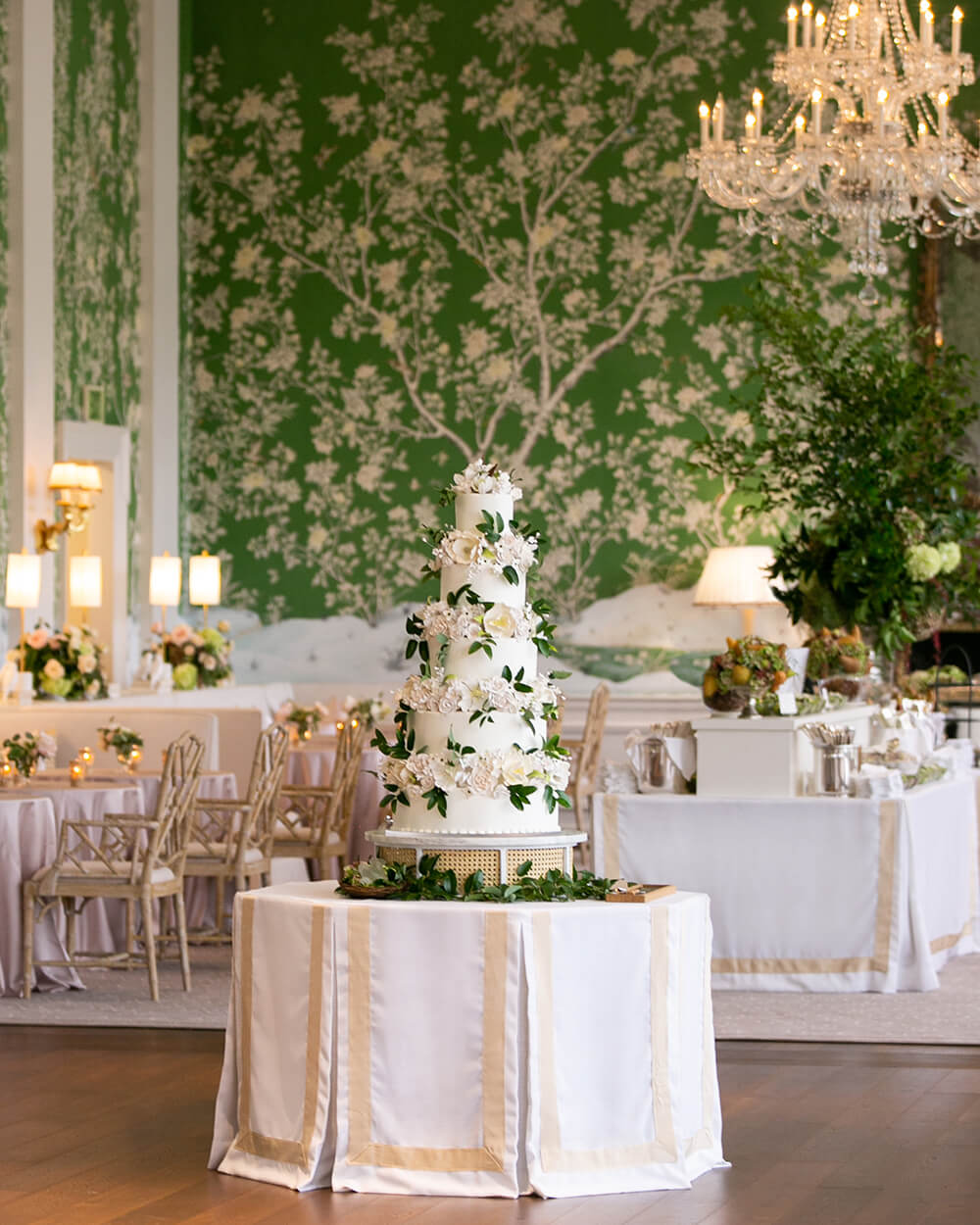 All the Wedding Cake Inspiration You Need 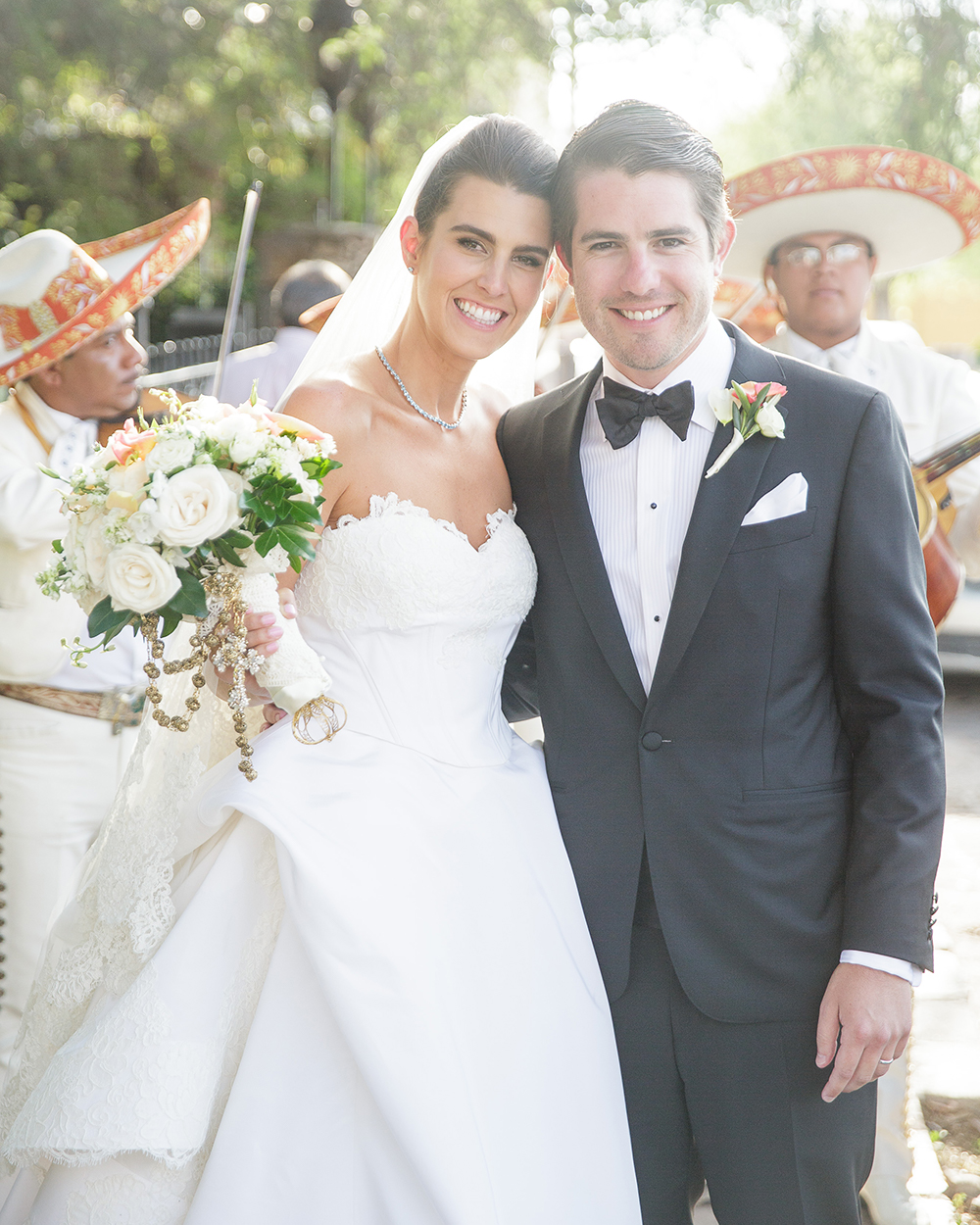